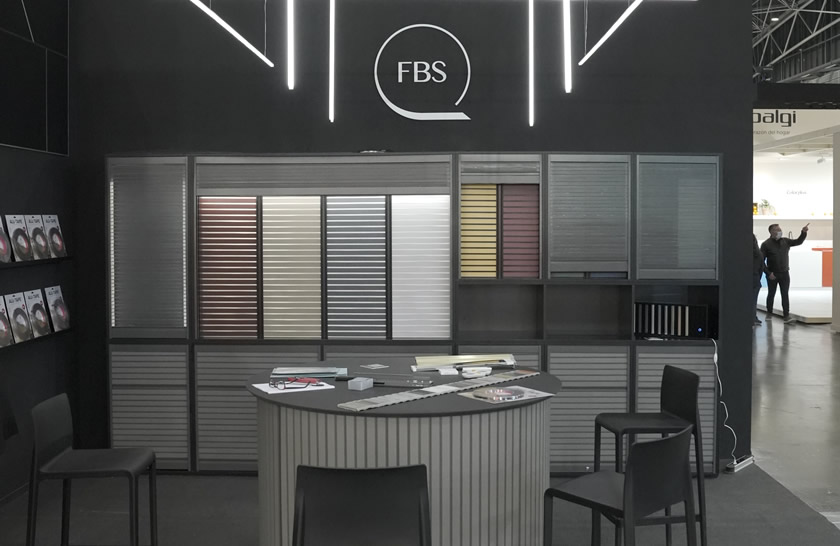 Posted at 11:37h in Kitchen Design

FBS Profilati took part in Maderalia, the International Fair of Materials, technology and components for furniture and interior design projects. This is the 39th edition and took place from 29 March to 1 April 2022 in Valencia. We thought of a low turnout expectation, but it was more than satisfactory: more than 90 new contacts in just 4 days. Obviously, the FBS staff has enjoyed meeting both old and new clients. 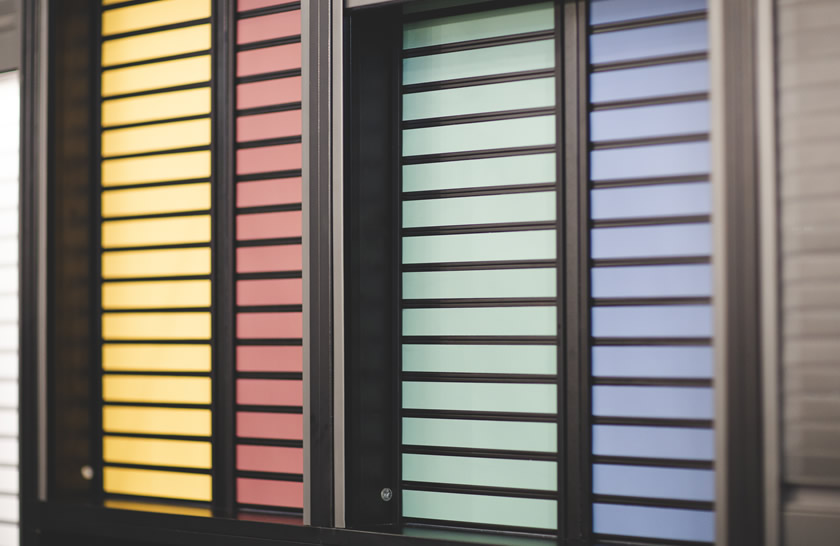 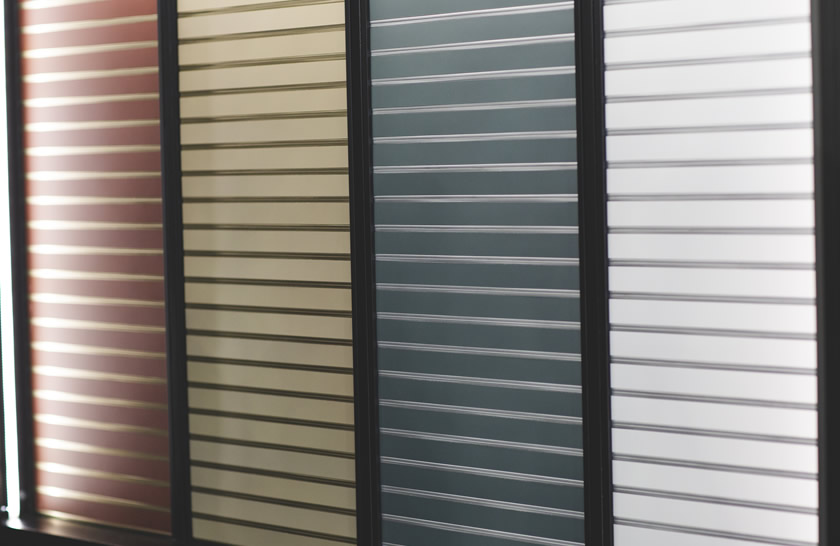 For the first time in Spain, on the occasion of the fair, FBS Profilati presented the seven new colors of the Soft Collection. These colors were the protagonists of the stand and aroused a lot of interest in the Spanish, Portuguese and North African public. The stand, mainly in a dark palette, allowed the colors of the elegant and functional roller shutter line to be highlighted. 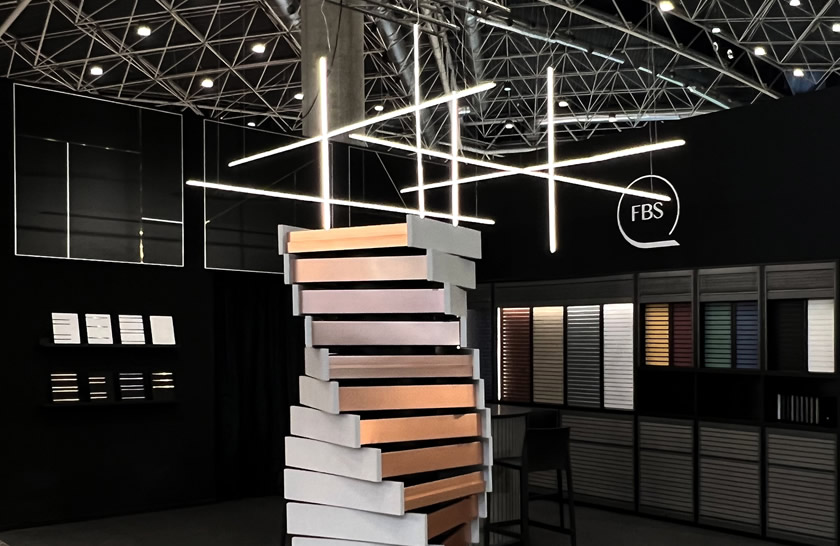 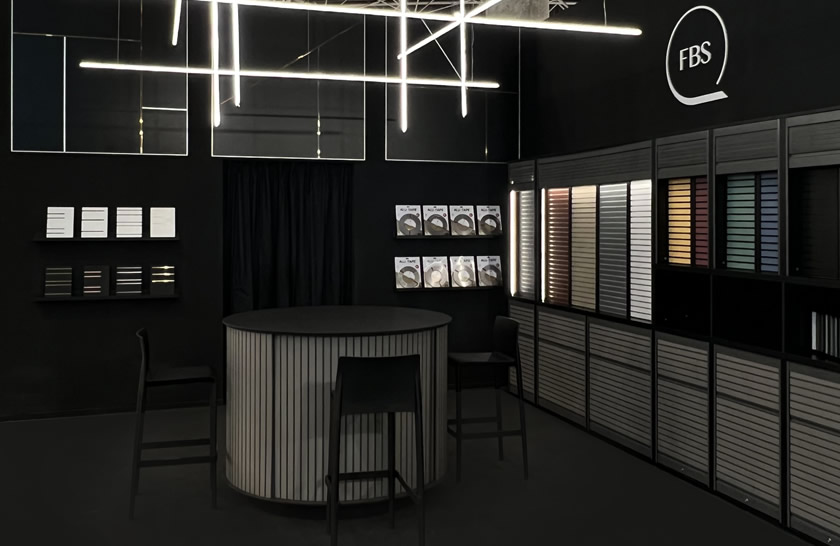 The stand was slightly illuminated by six aluminum led holder profiles: FBS Profilati proposed it in an unusual way, that is to hang it to create a shape similar to a cube. There was also a composition of ten pieces of furniture arranged in two rows of ten, one of which is motorized and five with a double bottom made up of fixed carpets that present the Soft Collection line.

The counter deserves a mention, a cylindrical figure made 100% of Fenix Nero Ingo with a reinterpretation of the use of the horizontal shutter: this time two carpets ran along the entire perimeter of the counter in a specular way to allow the storage of trade fair material. The shutters were the same color as the furniture: anthracite-colored aluminum slats covered with a Fenix gray. 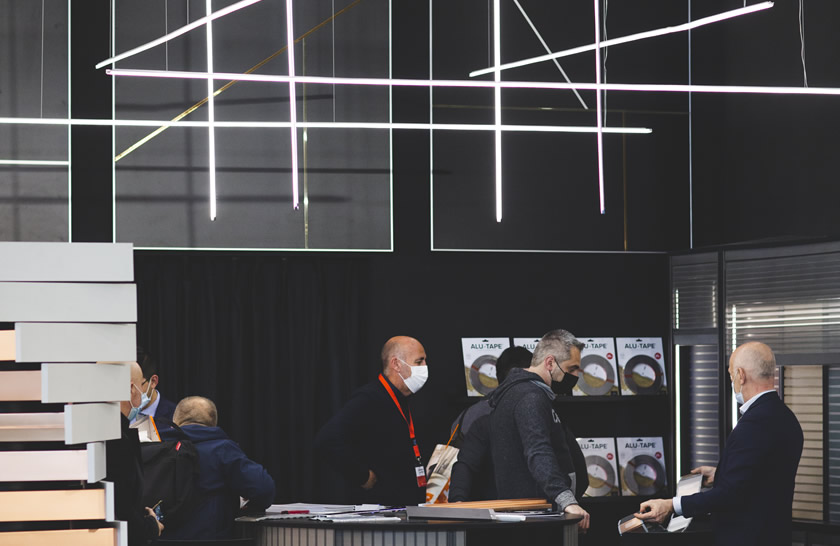 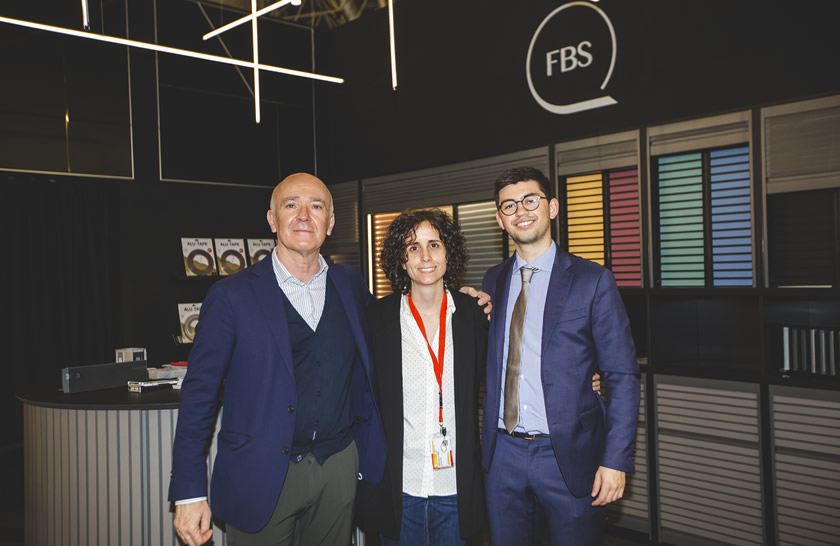 No detail has been left to chance: this is the FBS Profilati’way that characterizes the company’s choices and makes it one of the leading companies in the production of accessories and components for the furniture and double glazing industry.
Also in this event FBS Profilati successfully raised the flag of Made in Italy in the world.

This website uses cookies to improve your experience while you navigate through the website. Out of these cookies, the cookies that are categorized as necessary are stored on your browser as they are essential for the working of basic functionalities of the website. We also use third-party cookies that help us analyze and understand how you use this website. These cookies will be stored in your browser only with your consent. You also have the option to opt-out of these cookies. But opting out of some of these cookies may have an effect on your browsing experience.
Necessary Always Enabled
Necessary cookies are absolutely essential for the website to function properly. This category only includes cookies that ensures basic functionalities and security features of the website. These cookies do not store any personal information.
Non-necessary
Any cookies that may not be particularly necessary for the website to function and is used specifically to collect user personal data via analytics, ads, other embedded contents are termed as non-necessary cookies. It is mandatory to procure user consent prior to running these cookies on your website.
SAVE & ACCEPT